Six things I learnt in my first month on Instagram 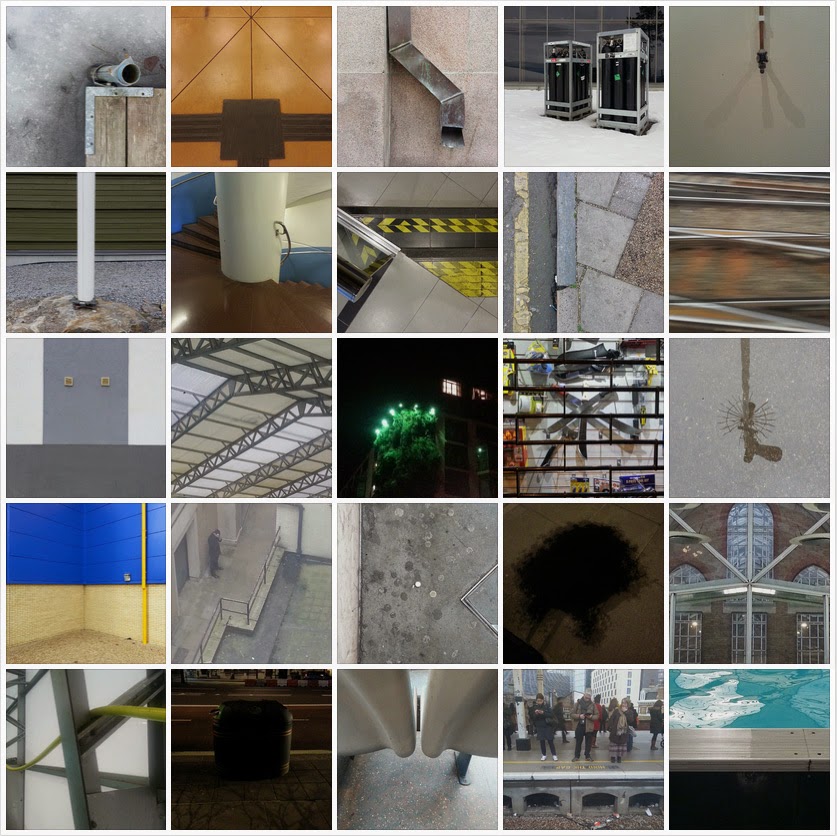 Just over a month ago I started posting images on Instagram under the name @paulcliffordartist. Instagram isn't something I ever thought I would do, but it had gotten to the point that so many people were telling me I'd enjoy it and it would be a great fit for my pictures, I thought I'd give it a try.

I usually work with my pictures fairly slowly, carefully

shooting on my DSLR cameras in RAW format and high resolution, then finishing off on screen and filing them at a later date. I take my time to get everything right. In contrast, all my Instagram pictures have been taken on my phone and posted to Instagram with no adjustments at all.

So after a month of taking photos on my phone and posting one a day to Instagram I've learnt a few things, some of them completely unexpected... 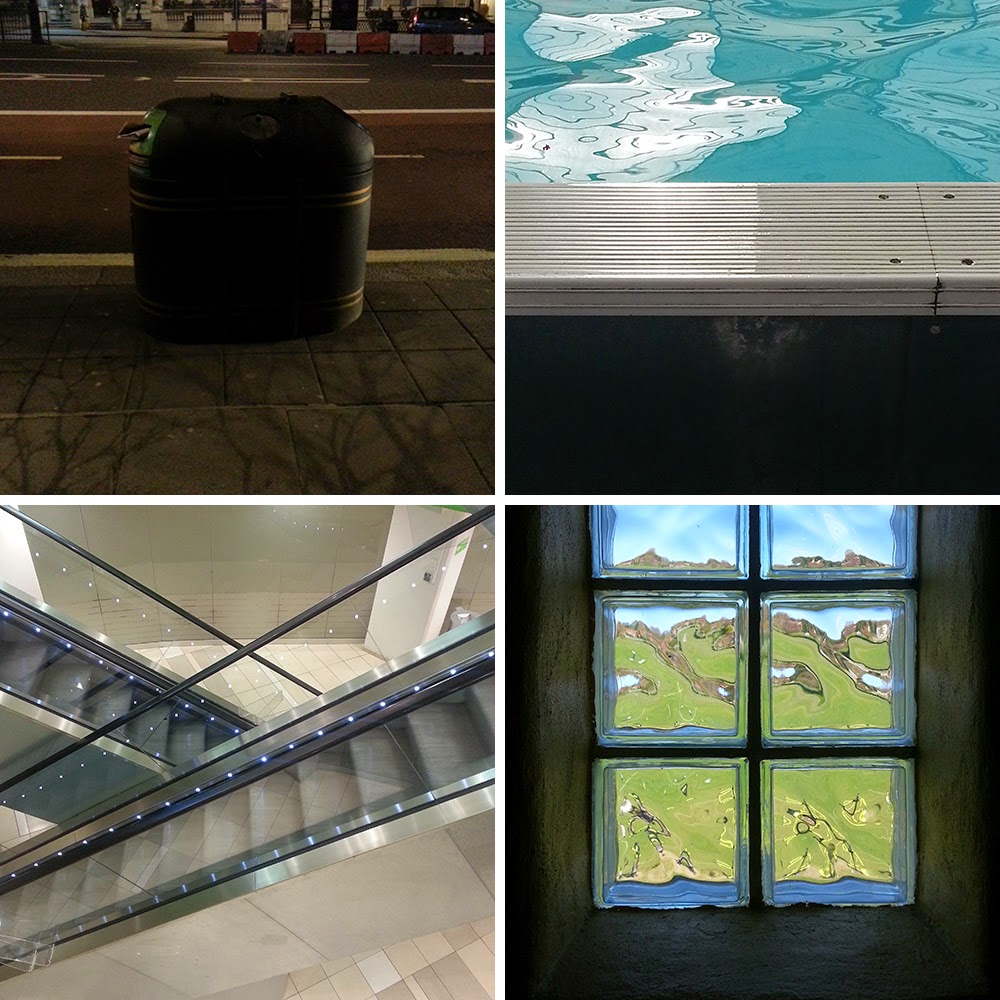 Whether I am in the mood to be taking pictures or not, I'm always looking - constantly framing bits of the world in my head. Sometimes I have my camera with me, sometimes I don't. Generally though, I will have my phone. So, some images I've shot in the last month for Instagram have been in unusual places, at unusual times.

That could be on the way home after a night out, whilst watching my daughter's swimming lesson, on a shopping trip or in the toilets at the park. That's the four pictures above. It's taken me this month to stop thinking 'I wish I had my camera with me' when I see these things, and to get my alternate process equipment out! 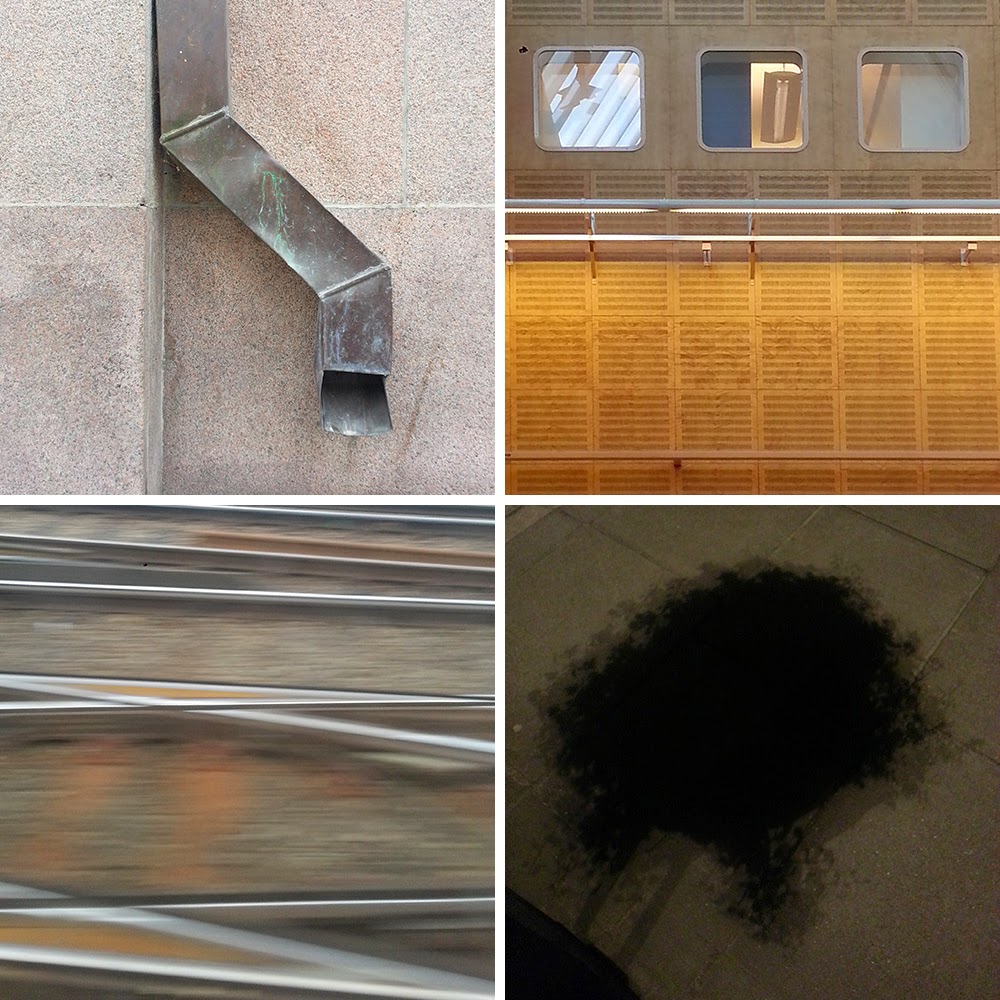 The main reason I haven't previously used my phone to take 'art' pictures is the innate resistance to it I think a lot of photographers have. Having grown up with film, through early digital and now the camera phone, it's easy to see the smartphone as a 'junior' format not to be taken seriously. But, as we all know a great image is down to the photographer, not the kit. So, after a month on Instagram, I'm less scornful of people I see on the street lining up their photos on their phones, because now I've become one of them.

There are lots of DSLR images on Instagram too, that look a lot 'better' than phone photographs in certain ways. As a concession to this, I've made clear on my profile page that all my images are from a fairly old phone, with no filters applied. However, I'm pretty sure only a handful of people are interested - if you like a picture, the source really doesn't matter. 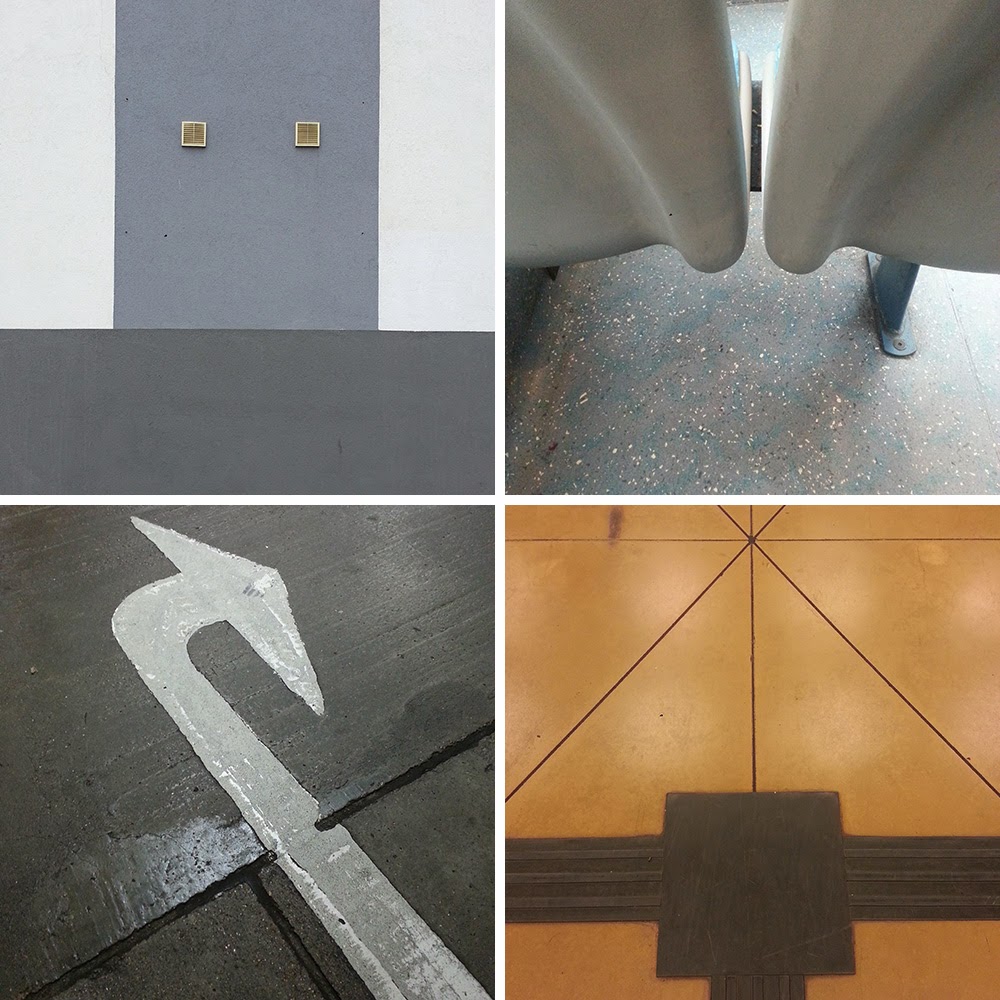 One part of my experience of shooting specifically for Instagram has been finding a new way to shoot. That's not just handling the equipment and it's limitations (and there are some of course!), but also the square format and choosing the actual image content.

With my other work, often the viewer needs to invest a bit of time in just looking to get into the groove of the image. I'm under no illusions that each of my Instagram images are anything more than just one in a sea of scrolling others. So, my Instagram work is leaning towards the more pared down, pleasingly simple end of my work. Most people seeing the images will be looking at them on a small phone screen, so the pictures have to have a clarity and directness about them.

At times when I have had my DSLR at hand, I have found myself shooting two versions of the same shot. The phone picture goes public on Instagram, the DSLR image will get filed away, maybe to be seen by no-one but me. A curious situation, and one that demands a bit of thought for the future.


Lesson Four - no filter and no edit means no hassle 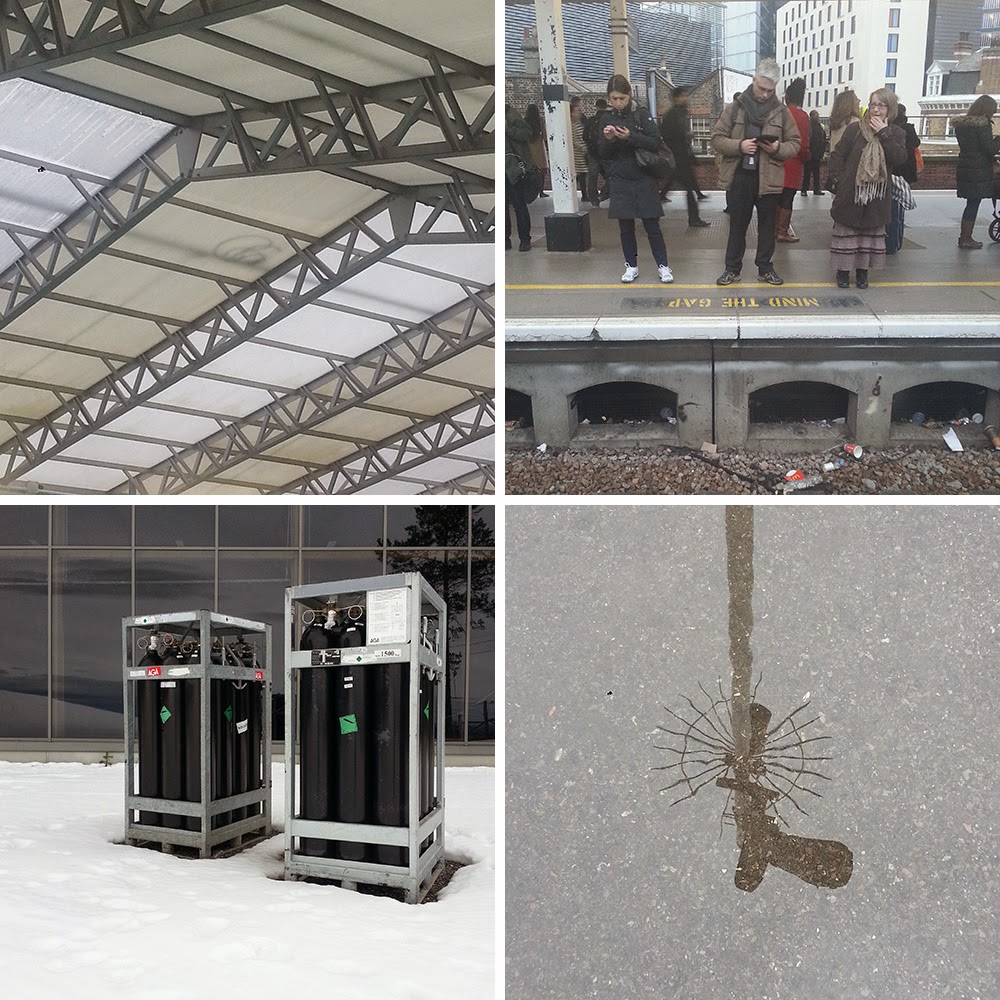 I post my pictures with no filters or fiddling applied. There isn't a particular need for me to - it's not a pompous or artistic statement. For me, it simply ties into Instagram being a bit of fun relief from the precision of my other work. Once I start into those Instagram menus, I could fiddle all day.
With no editing, all I have to do is choose a picture each morning, put it on, title it, tag it and it's done. It's a way to ensure I keep up the pace with one image a day, no matter how busy I am.


Lesson Five - one title and seven hashtags can be hard work, but also insightful 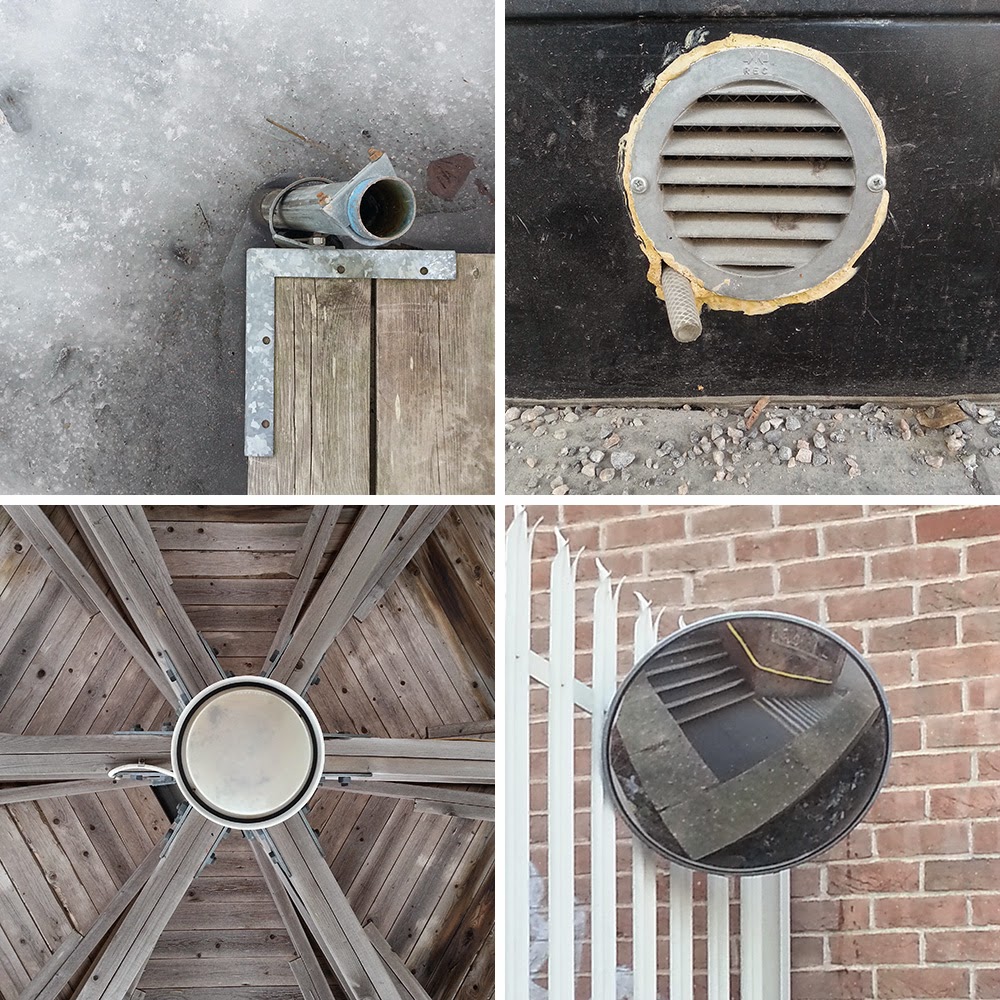 Towards the beginning of my first Instagram month, I happened to mention my new output  to a social media type, who said that seven hashtags was thought the ideal for maximum distribution. Elsewhere I read between five and ten, so I stuck with seven. Now, I don't pretend to understand the mechanics of Instagram at all, but I do know people are seeing my pictures - they are getting Likes from around the world, from other photographers and galleries with similar work. So I guess the hashtags are working.

The discipline of thinking of the seven relevant hashtags, as well as a title, has been very useful for me in thinking about why I take pictures - an avenue of thought that remains constantly fascinating to me. I've never attached titles to my work before, only numbers. As with the no filter approach, I try and come up with something fairly quickly so I can get the picture up and move on. One title and seven hashtags has really got me looking carefully about the picture and wracking my brains with regard to what I want to tell people about it with the title and tags.


Lesson Six - it's great to be Liked, better if it's an interesting Like 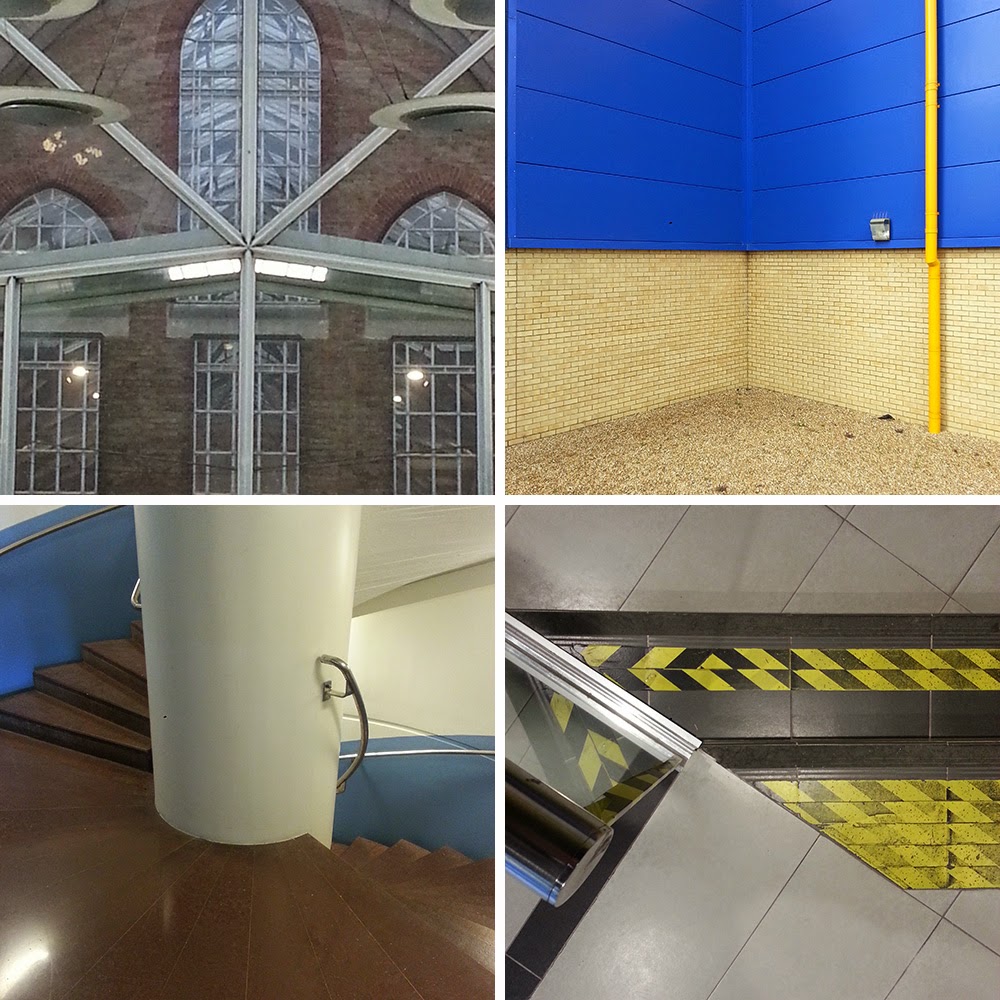 I'm sure lots of people don't believe me when I say my print exhibitions are not about selling work and making money, but more about getting the work off my hard drives and in front of people. Of course, it's great when someone does buy something, both because they have chosen to take it away with them, and also as a kind of justification for the physical show.

I have run market stalls in the past with hundreds of my images to sell as small framed objects. What's been interesting about those days are which ones totally unexpectedly become the most popular. Same with the Likes on Instagram. I don't think it really influences the direction of my work, but it gives me another clue or two about where the pictures come from when people agree with what I am visually saying. 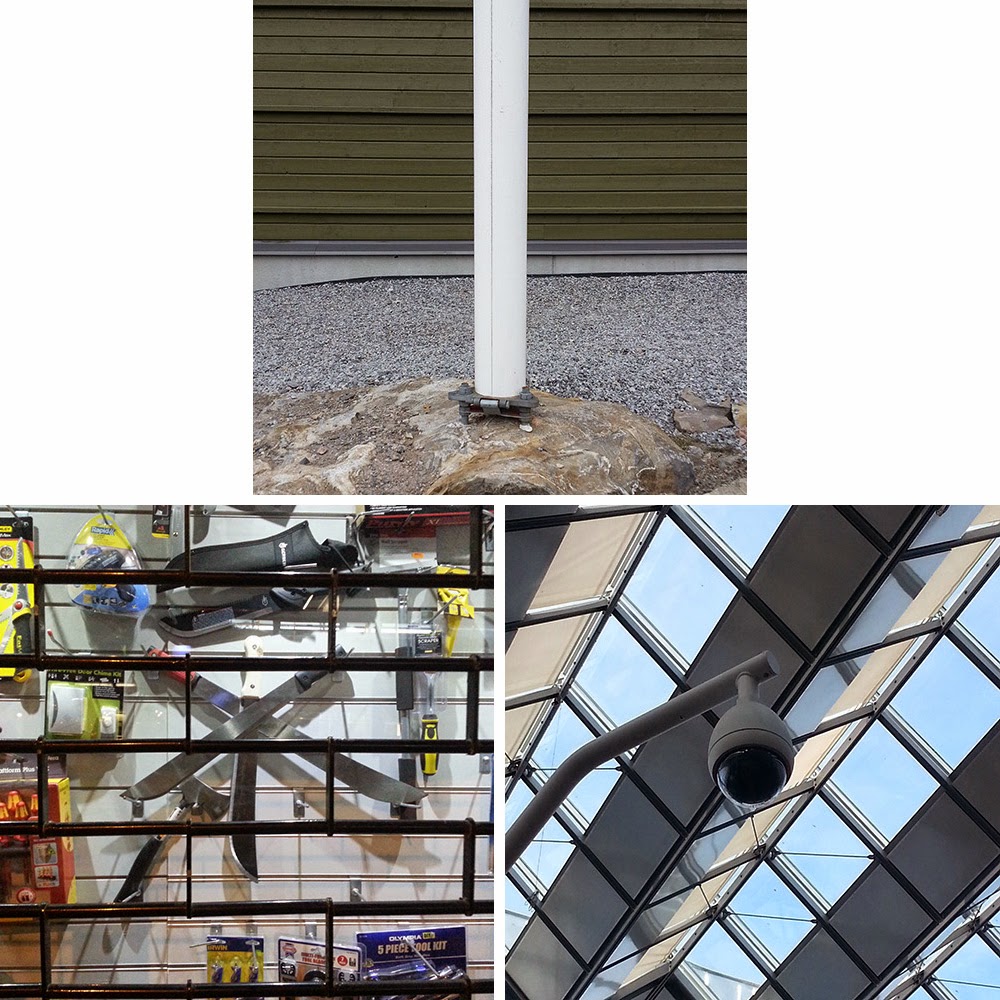 I've have had some interesting Likes along the way too. A few examples for the images above -
On the left, @ninjasupply - a ninja supplier of course, and @glued_n_screwed - a DIY blog.
At the top - @glitterpoledance, a professional pole dancer and fan of poles in general it seems.
Finally, on the right, CCTV manufacturer @winnie_cctv.

It's great my pictures are getting in front of these people, let alone them hitting Like on them. I've also had some other photographers Like and Follow me, whose work I am really enjoying Following on Instagram. Check out my Following list if you want to have a look for yourself.


So that's my lessons so far. I'm going to continue posting one a day for as long as it interests me, and the majority of the pictures won't be seen anywhere else. Now I've found my feet I'll be flexing a few photographic muscles I haven't used in a while - for example, you may have noticed people creeping into a few pictures, and you don't usually see them in my work...

If you're on Instagram, why not join and follow me @paulcliffordartist for my next month, who knows what we might learn together?
Posted by Paul Clifford Photography at 18:47